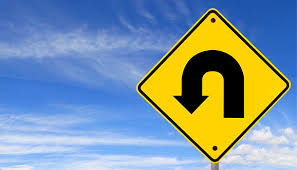 It’s been a while since I last wrote on my blog. While there are numerous reasons as excuses, I think one of my biggest conviction would be the lack of care, or the lack of time. Vice versa. They interpret the same to any third-party eye. That’s what I learned from working in multiple organizations throughout the past few years. And I must regret, that despite my personal goals to keep this a readable and cherishable journey of my views of brands and the world of marketing, I have, myself, succumbed to the world of ignorance and the ever-cliched notion of “I’m too busy to care for the little things.” Apologies to any readers (thanks if you are!), and more importantly, to myself.

It’s been a rough ride. Multiple roles, multiple projects, multiple responsibilities. Working 9AM to 2AM schedules on most days for the past 3 years. Some blame me for trying to do too much (and for doing a good job on given tasks). I blame myself for trying too hard to challenge myself. Either way, looking back, I realize none of it matters. I look back, and realize that everything that revolved around me has evolved. However, I am still here, where I was a year, two, three years ago. Why? Because I was “too busy” fulfilling my duties, where frankly, weren’t my duties in the first place. Meanwhile, the rest of the world were doing what they were specifically hired to do, and that is what helped them move on. I, on the otherhand, despite numerous applauds from those I worked with, was doing other people’s work, not my own. In the end, when those other people receive the hoorays or boos, they move on. End of my relationship with them. I no longer had any involvement whatsoever. I am an invisible hand. And in the end, there is no one left to tell the story of the unconditional helping hand I’ve provided to those in need.

I turned around and realized I was doing what would traditionally be a 4~5 person job. Or more. And that’s what made my engine run – I wanted to help the team, the agency, and the client brands grow further, at exceptionally efficient cost/humanpower. And in the end, for me, I could not be happier to have led on so many roles and responsibilities that cannot be achieved elsewhere. But I turned around… To find myself in the same place I was when I began. All those who worked with me advanced or was let go, and I’ve become a solitary figure.

Yes, there are always great people around, there are always those who will take care. Also, if there is one thing I do not regret is that I always took full responsibility (whether it be my work or other’s), and did my best to provide the best quality work at the earliest possible timing. Yet, what I have learned is that it’s always best to turn around and clearly “see” what’s happening around you, rather than doing what you “feel” would be the best for those around you.

This entry was posted on October 28, 2012, 11:17 PM and is filed under Daily Insights. You can follow any responses to this entry through RSS 2.0. You can leave a response, or trackback from your own site.